Looking back on 2010 there were a lot of movies that became my instant favorites. From chick flicks to drama to comedy to cartoons, this was a year of GREAT movies!

I thought this movie was SO CUTE, mainly because of the three little girls the evil villain Gru adopts to aid in his evil plot. Dreamworks did a great job of making Gru a villain, yes, but one that you wanted to and DID like. You wanted him to see the importance of being with others and changing his way, and in the end he does so. It’s a great movie!
Favorite Quote: “IT’S SO FLUFFY I’M GOING TO DIE!”
9.) The Twilight Saga: Eclipse

I’m not a Twihard; I can’t stand Robert Pattinson, or Kristen Stewart’s acting. But, the Twilight book series is what caused me and my best friends in the entire world to bond so we go to the movies on premiere night. This movie is INHERANTLY better than the first two if only for the camera time Taylor Lautner gets. I mean seriously. Look at him.
Favorite Quote: “Was my right hook too subtle for you? That was me uninviting you to the party.”
8.) Sex and the City 2

This movie was great if just for the girls night that went along with seeing it. I saw this movie with my three girl friends, all of us a little of each girl in the movie. There’s nothing I don’t like about Sex and the City, the romance, the friendship, the fashion. It’s incredible and seeing these four women on their adventures made me think of what kind of adventures I have had and will have with my girlfriends!
Favorite Quote: “Everyone knows you don’t hire a hot nanny! It’s the law!” “Yeah, the Jude Law”
7.) Alice in Wonderland

Two of my absolute guilty pleasures when it comes to movies are Tim Burton and Johnny Depp. So when they come together in a collaboration like Alice in Wonderland, I’m usually  all over it. I really enjoyed this movie, especially since it’s so true to the book by Lewis Carroll. I found the casting to be brilliant and relatable, and the Alice to be a far cry from the Alice we see in the Disney Cartoon. This Alice is strong and independent and fierce, seeking her own adventures. Not to mention the graphics are beyond amazing, especially in 3D, and that score by Danny Elfman—talk about chills!
Favorite Quote: “You used to be much more….’muchier’. You’ve lost your muchness.”
6.) Leap Year

I first saw this movie while on my trip through Europe. I am a huge Amy Adams fan and I thought she did a great job playing a woman who travels to Ireland to propose to her boyfriend. It’s a great chick-flick, and funny too. Lincoln and I really enjoyed the back-and-forth between the two main characters. I really liked the message of this movie, which is finding what’s important and holding on to it.
Favorite Quote: “Jus’ tro’ it in dah warsh. It’d be grand.”
5.) Charlie St. Cloud

AMAZING MOVIE, and more than for the fact that the beautiful Zac Efron was in the starring role—though that helped! This movie was moving, surprising, and a definite tear-jerker about falling in love and losing the ones you love. I don’t want to give too much away because the twist in this movie is really incredible, but I would recommend it to anyone, it’s an amazing love story!
Favorite Quote: “Nobody ever gets to see what could have been.”
4.) How to Train Your Dragon

I was dragged to this movie by my friend Will who had seen it something like 4 times in theaters. I was a little cautious at first but I really enjoyed this movie! First of all, the music is really amazing and it fits the scenes really well. I also enjoyed the characters of Hiccup and Toothless, both outcasts who learn to trust each other. I thought it was so cool how Toothless’ expressions would change from cat-like, if happy or curious, to snake-like if angry. It was a great movie!
Favorite Quote: “Why read words when you can just kill the stuff the words tell you about?”
3.) Tangled

I have been hoping for a new Disney Princess movie for, like EVER. In my opinion, Disney hadn’t been able to produce a princess as relatable or timeless as, say, Ariel, Belle, or Cinderella. In 2009 they tried with Tiana from The Princess and the Frog, who was a vallient effort. I loved Tiana as a princess, but I hated her movie—I felt it lacked “the total package” (that being: a great princess, a realistic prince/love interest, a villain with a story, GREAT music, and incredible supporting characters) Tangled has the total package; from the princess with an external AND internal conflict, a thieving “prince” who wants to find himself as much as the princess does, a villain who is selfish but still likeable, amazing music (the lantern scene!!!), and of course Pascal and Maximus—two of the funniest animated, non-speaking animals Disney has ever put out! Put Rapunzel up there with Belle and Ariel in my book!
Favorite Quote: “Frying pans! Who knew, right?!”
2.) Toy Story 3 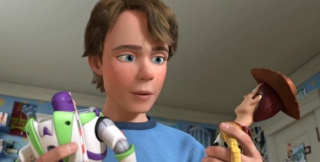 I am a firm believer that Pixar can do no wrong. Toy Story 3 is prime proof of that. Toy Story was one of those movies that I grew up with—Andy was about my age throughout all of the movies. So this movie, with Andy leaving for college and deciding what to do with his old toys touched my heart in a way I honestly never expect it to. It was after this movie that I pulled out my old teddy bear and hugged it; went into my basement where I keep my American Girl doll, changed her outfit and brushed her hair. I thought about all the toys I’ve carelessly thrown into boxes and wondered what happened to them. Before I saw this movie if someone told me I would have done any of that stuff I would have called them crazy. Toy Story 3 was the end of an era and it taught a great lesson about letting go and moving on.
Favorite Quote: “But the thing that makes Woody special, is he’ll never give up on you…ever. He’ll be there for you, no matter what.”
1.) Harry Potter and the Deathly Hallows, Part 1

This is the thing about me and Harry Potter: I’m OBSESSED. And I have been since I was 10 years old, picking up Harry Potter and the Sorcerer’s Stone from a book store in Chicago. I plan my summers around the premieres of these movies, I squeal, and laugh and cry with each character. I have come to see each of these characters as friends I know very well, as people I can predict and enjoy the company of. This movie was not only fantastic but it was so true to the books. It didn’t skimp out on anything, and it gave so much more. The fact of the matter is that when these movies are done, I know that my childhood is officially over—and I know that that is the mentality for many other Potter fans out there. This movie gave us a beginning to an end—it showed each character as a grown up so we could realize how far Harry, Ron and Hermione have come and so we can go that far someday too. Loved this movie. LOVED.
Favorite Quote: “Dobby never meant to kill! Dobby only meant to maim, or seriously injure!” 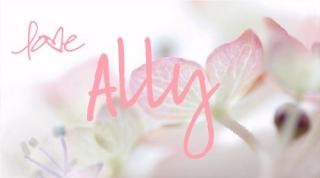