October is always a tricky month for me. While the world around me transforms into a world of monsters, ghosts, and ghouls, I am reminded of the real monsters this world has–monsters who walk among us. 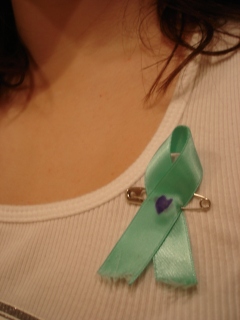 4 years ago, I finally rid myself of a monster who had me in his grasp for a year prior to that. It is a period of my life that I don’t like to talk about; I don’t let it define me. It has morphed me into who I am today, and as much as I view it as a bump in my road, around this time of year it becomes more of a haunting reminder of where I could be if I hadn’t gotten help.

I wrote a tell-all memoir about what happened to me, a memoir that’s been picked up for a new Chicken Soup for the Soup book: Teens on Tough Times.

I am so thankful for the people in my life who got me through that incredibly tough time. My parents, my family, my friends. I have so much love for all of you, so much appreciation for getting me back to, well, ME.

Mom and Dad, I know I don’t always seem to appreciate your tough love, but I do. Thank you. Not only did you give me the strength to move on, but you gave me the strength to Survive and Strive for change. You helped me reach out to others, and to reach in to myself and remember who I have always been.

If you would like to read a rough copy of the story being considered for Chicken Soup, click the link below!