Haaaaavveeee you heard how crazy I am about How I Met Your Mother?

One of my favorite shows to watch (or stare at… Hellooo Neil Patrick Harris!) with such a sweet romance!

As we near the end of this LEGENDARY TV show, I felt the need to celebrate a bit with friends and I threw a “How We Met The New Year” party to do it!

As the title suggests, our party was held right in between New Years and Christmas. Justin and I had just unwrapped our beautiful wedding china, so I felt a dinner party was needed to break it all in.

I started with the printables. I wanted the color scheme to fit perfectly so I chose colors that coordinated boldly with iconic elements from the show:

I drew a lot of inspiration from this incredible party featured on Hostess with the Mostess and styled by Renee Nicole Design + Photography. We set no dress code so some people suited up, and others channeled their other favorite characters. (I was channeling my inner Lily!)

View this document on Scribd

To set the scene, I hung a Canadian flag over our couch in honor of the one (and a half!) Canadian character on the show.

The table was covered in a yellow table cloth, which was as close to the Mother’s yellow umbrella I could get, with a pineapple in the middle. I then hung an Intervention sign over the table.

For your party, consider looking for a blue French horn, hang yellow umbrellas from the ceiling as a lighting fixture, and accent your colors with black and white checkers. The checkered pattern mixed with all the yellow will remind your guests of the gang’s favorite cab driver! 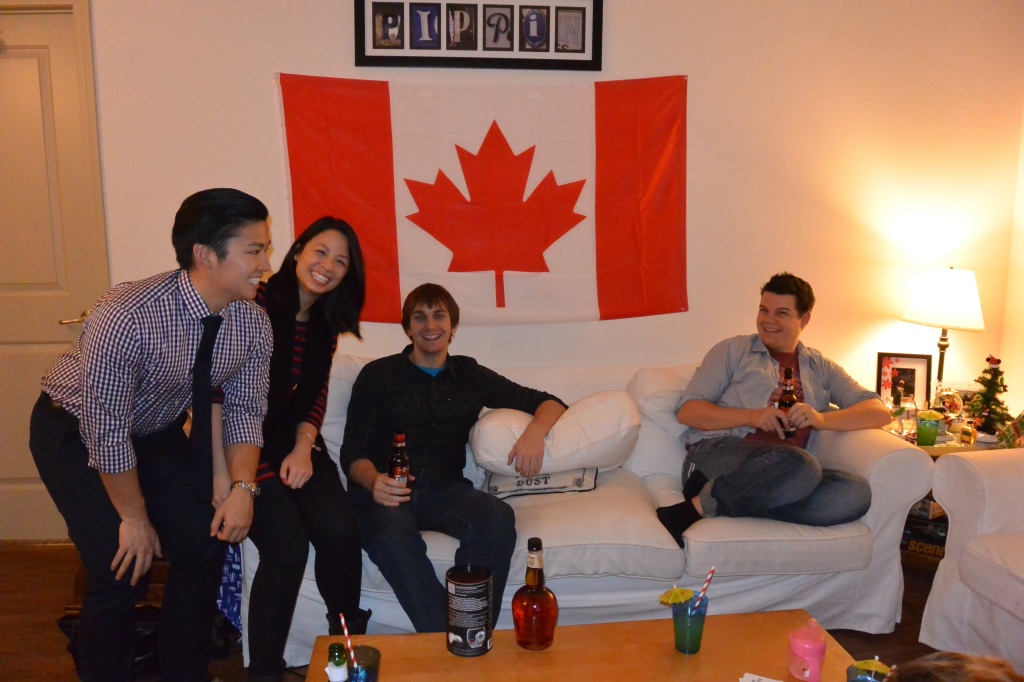 View this document on Scribd

For dinner, I again tried to keep the menu close to the theme as possible. Pre-dinner appetizers included The Best Deep Dish White Pizza Dip—an ooey-gooey cheesy white pizza dip with roasted tomatos (recipe here) no high-powered energy drinks or crazy road trips needed—and “Seriously, you’re going to want to get in on this Gouda”– sliced Gouda arranged in a semi circle around not one, not two, but three sturdy cheese bearing crackers.

Dinner we had The Best Salmon (Who’s he kidding?) Burger, a nod to Marshall’s horrible stand-up comedy routine and his quest for the best burger in New York. The burgers were served alongside a roasted corn and goat cheese salad and a buffalo wing wreath.

We spent the rest of the party playing games, watching How I Met Your Mother episodes and enjoying quite a few drinks. 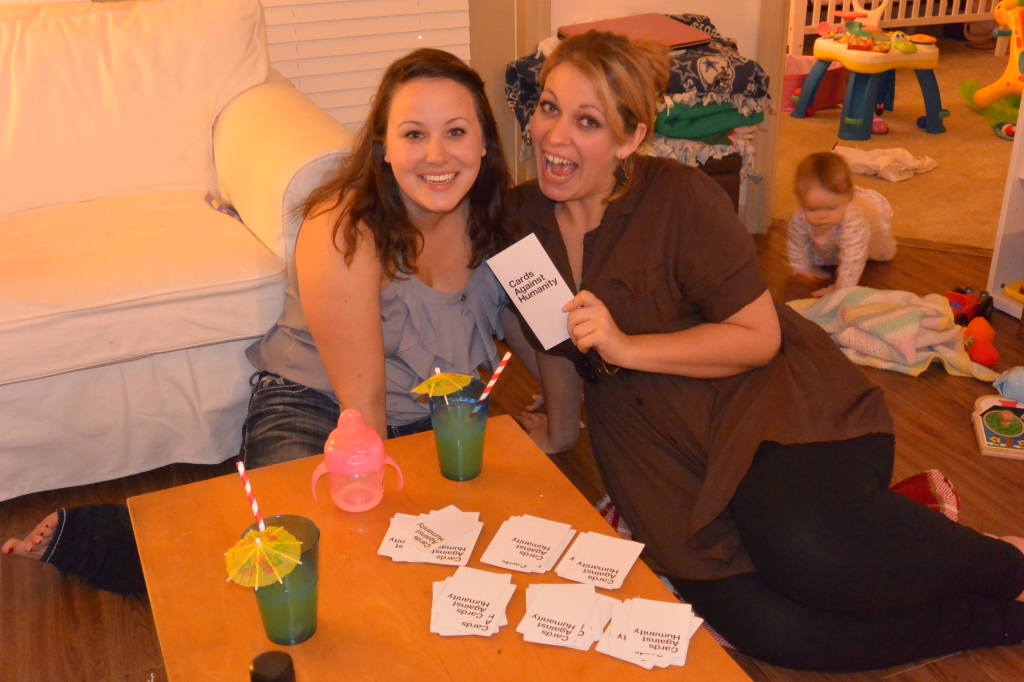 Maisy even took her first steps!! Of course, they were away from me and into the arms of my dear friend, Dani.

Nothing good happens after 2 a.m. however, and we all felt that fun the next morning. Yikes.

CategoriesFamily
Tagsfree printables, How I Met Your Mother, party, printables