It’s the most wonderful time of the year at Walt Disney World. The air is alive with the smells of Food & Wine Festival, and tiny adorable Ewoks are trying to navigate Magic Kingdom for Mickey’s Not So Scary Halloween Party.

The party is a favorite of ours and for the past four years (can you believe it?!) Justin and I have been going together. 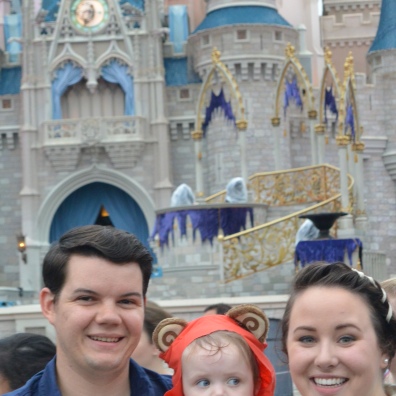 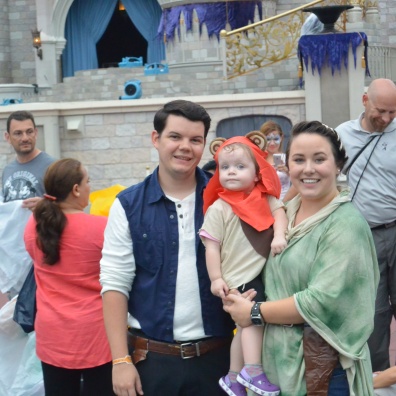 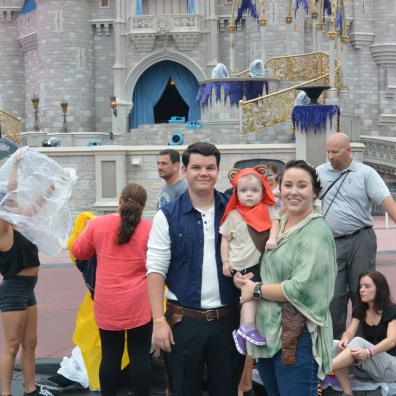 This year, like last year, my dad joined us for the celebration. He dressed in his signature costume as Agent Jethrow Gibbs from NCIS. Nails it every time.

Our family went as Han Solo, Leia Organa and an Ewok. I made our costumes on a pretty strict budget, read all about it here. Maisy made the cutest Ewok ever!!

The party was as fun as always. This year, our party was sold out so it felt really crowded. Like REALLY crowded. I’m not sure if the sold out party mean more people were there than in years past, or if I’m becoming a wuss. Most of the Hub area in Magic Kingdom has been taken away due to construction going on to expand the area, so some areas around Main Street felt very tight. We spent much of the area out in the back lands of the park.

A few fun changes to the Boo to You Parade this year. The Lost Boys, Peter Pan and Wendy no longer march in front of the pirate ship. Our Wendy and one Lost Boy were tied to the mast of Captain Hook’s ship as Pan tried to free them. 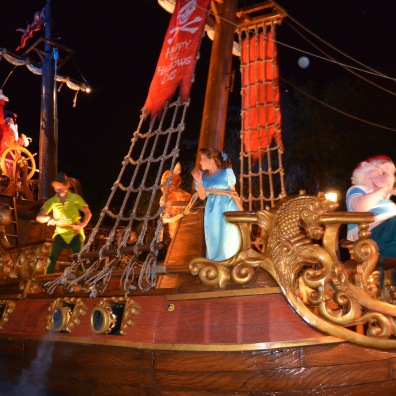 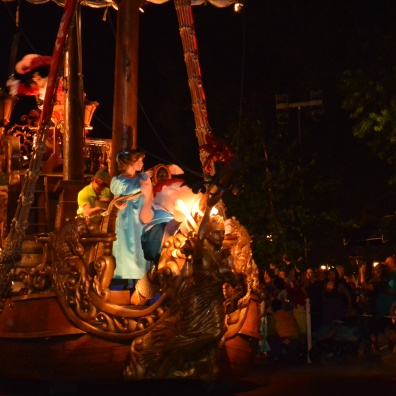 The order was swapped a bit. The Candy floats now come before the Villains floats and candy was not passed out during the parade. There were new character friends in the parade too. Justin and I were really excited to see Vanellope Von Schweetz and Wreck It Ralph leading the Candy Floats.

The large candy trail along the cue for Splash Mountain was significantly reduced, a bummer if you, like us, get a majority of your candy for the night there.

We watched the fireworks in front of Belle’s Castle in New Fantasyland. There were very few people back there so it felt like an intimate, private show.

At the end of the night–literally, it was 11:50–we took Maisy to meet Mickey. Hearing Mickey speak to her, you could tell, just made her entire night. She could not believe it!