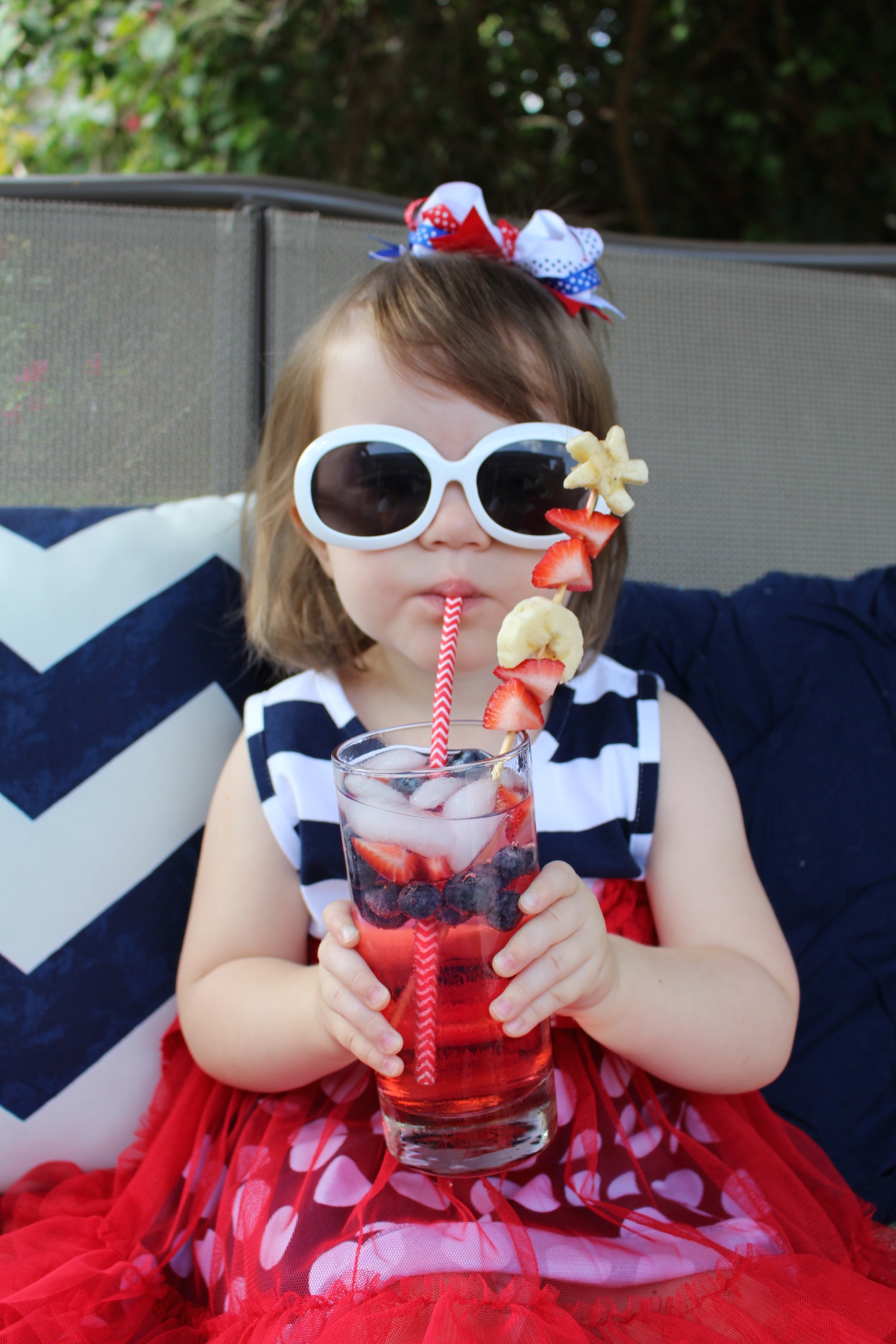 Being pregnant during a Florida summer is pretty much the worst, mainly because all my favorite ways of cooling off (a cold beer, a frozen margarita, a cocktail over ice) are frowned upon in my current condition.

I’ve taken it upon myself to try any “mocktail” I find on Pinterest to try and satisfy my craving for my favorite summer beverages and with Fourth of July right around the corner, I was working overtime!

I found this “Sparkler” cocktail a few different times on Pinterest. The original recipe called for Sprite, grenadine, fresh fruit, and Pop Rocks candy. I was able to locate the first three ingredients easily, but had a hard time tracking down the Pop Rocks.

So, I got creative and mixed up two versions (one for Maisy and one for me) that we both loved.

For Maisy’s version, I used all the ingredients of the original “Sparkler”, minus the pop rocks, and I chose to garnish with a skewer of frozen fruit. I decided to be super mom and cut the bananas into star shapes. Only one of them survived. The skewers were a great frozen snack alternative to a popsicle the two-year-old really enjoyed!

I loaded both drinks up with frozen blueberries and strawberries. It helped chill the drink without watering it down. (Ice never ever lasts long in the hot Florida sun!)

I opted for less sugar, and swapped the sprite out for tonic. The tonic and grenadine was a light and not-too-sweet option Baby and I were both refreshed by.

Have a favorite cocktail or mocktail you like to make for the Fourth of July? Share it with me in the comments!