In July, I packed up my kiddos and headed back to Chicago for my sister’s bridal shower. Jenny is my only sister and probably the world’s biggest Chicago Cub’s fan. We’re so happy she met Nick who shares her love of the Cubbies.

When I was planning Jenny’s Bachelorette Party, I had originally wanted to take her to a game, but after the team won the World Series, ticket prices were a bit out of price range for me and her bridal party, that’s why I was so excited when my cousin Liz let us know her bridal shower would be Chicago Cubs themed.

I assisted with the centerpieces, mason jars painted to look like baseballs (the fact that the mason jars I chose were Ball brand was definitely intentional), complete with hydrangeas, miniature stickered pennants and mini Polaroids of Jenny’s Cub adventures throughout her life.

Decorations were kept simple with a W flag flying in the hall way, and basic white framed photos of Jen and Nick at ball games adorned with baseballs. 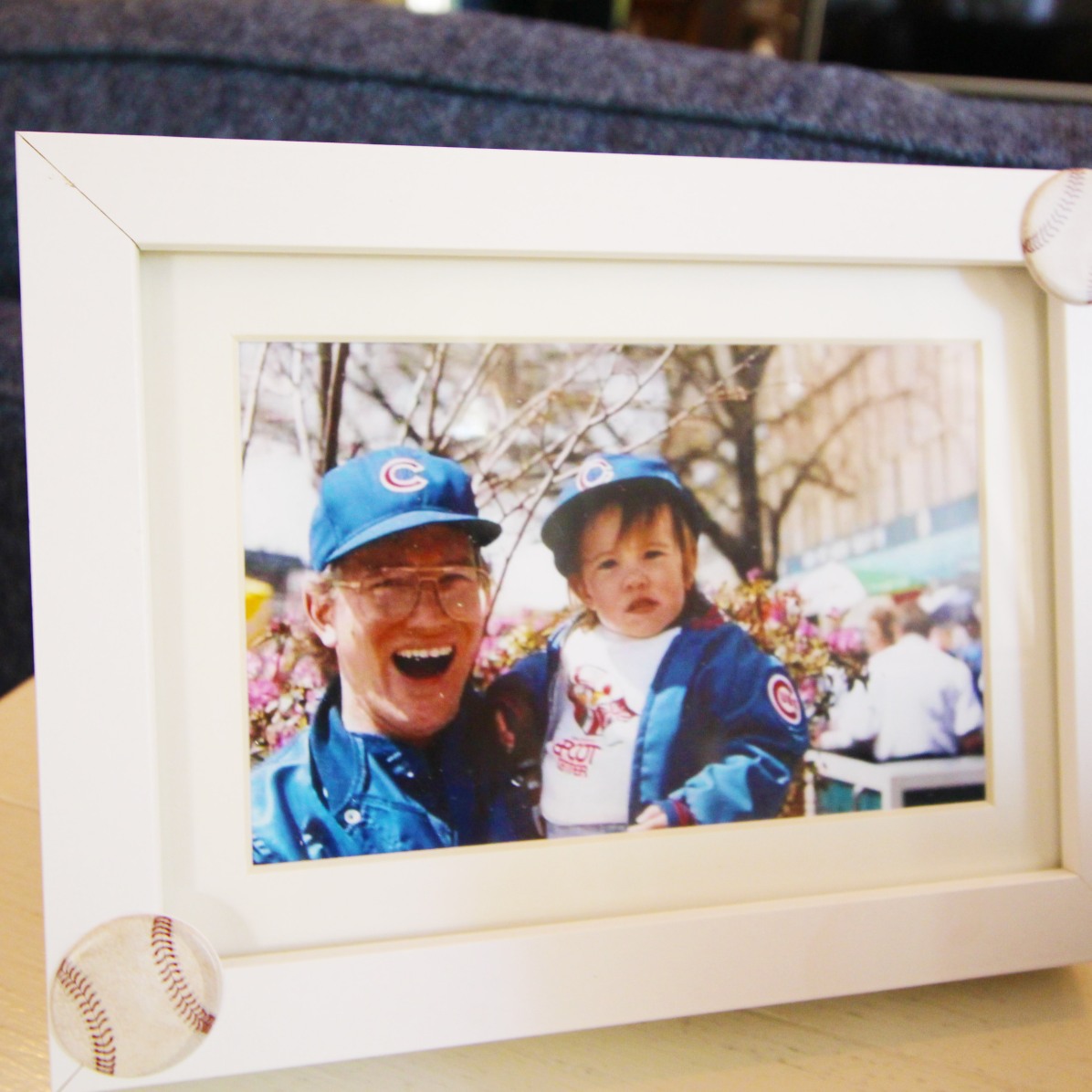 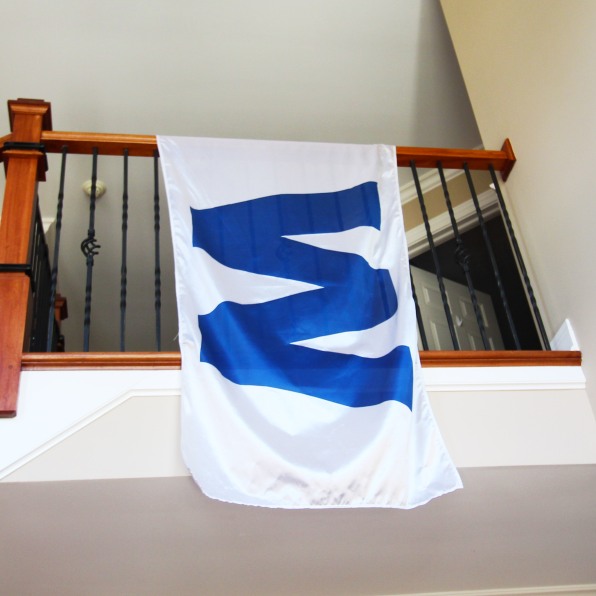 Guests dined on ball park favorites with an elegant twist like spicy sausage and red pepper flatbread with mozzarella, and veal and ricotta sliders on pretzel rolls. 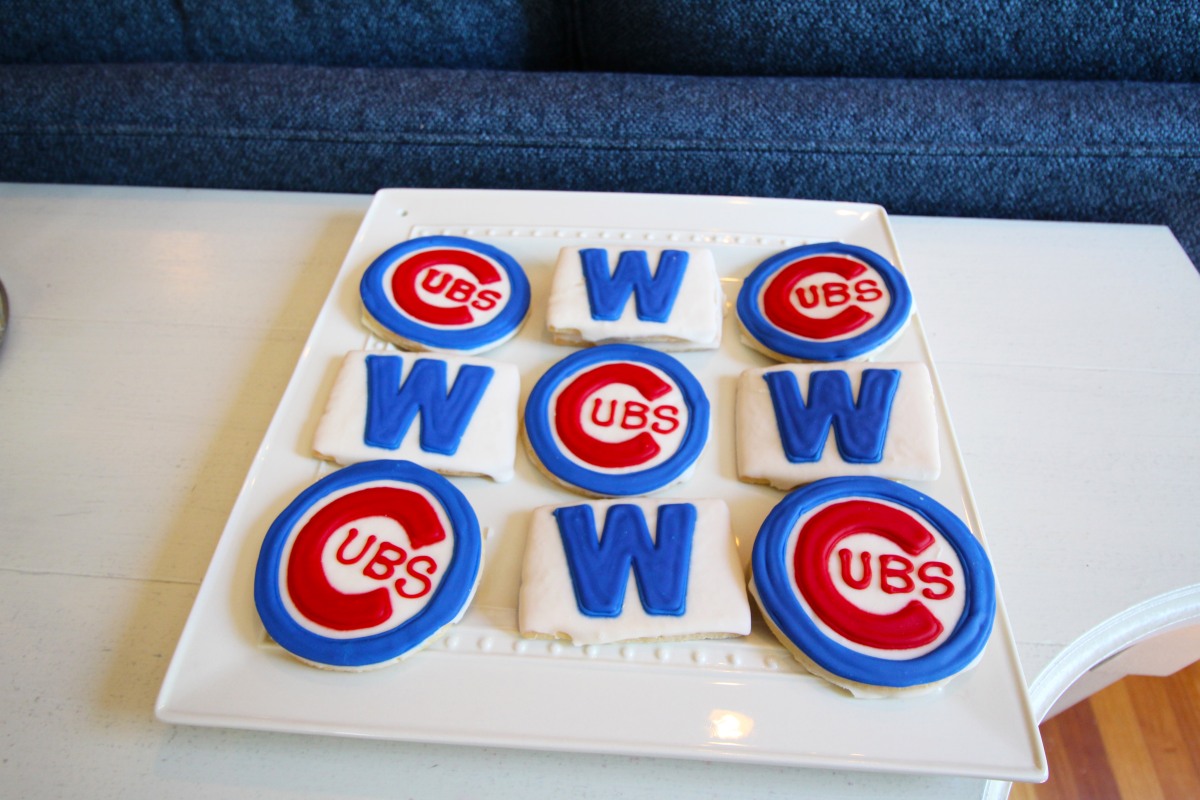 Jenny walked home with a framed photo of her and Nick signed by the attendees.

Guests pocketed a box of Cracker Jacks on their way out.

The biggest surprise of the day came from our cousin Jane who surprised the bride and groom with the honor of throwing out the first pitch at the South Bend Cubs game wedding guests were invited to for the couple’s rehearsal dinner. 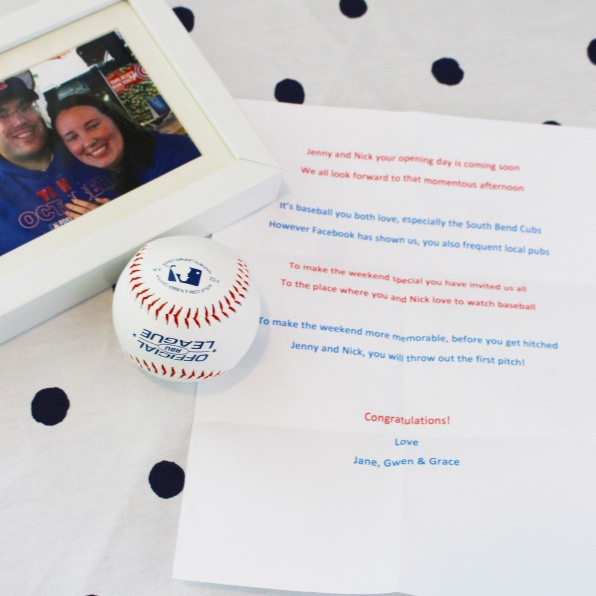 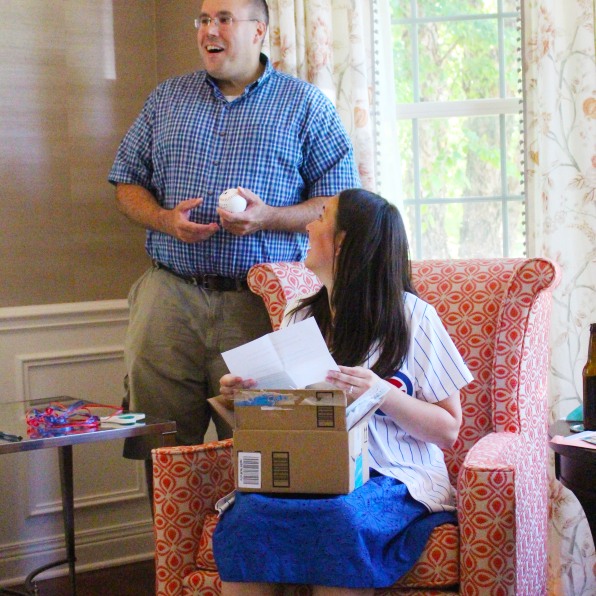 It was a lovely afternoon for a couple I love so much. Congratulations, Jenny & Nick! Excited for all the W’s in your future together.